How your competition can become your best friend

How your competition can become your best friend

It’s often a little odd when you are interacting with your competition. You can be friendly, but how do you get over that feeling of competition, of envy, of insecurity?

I found out first-hand last April when the owner of a local competitor of ours was collaborating on a project SBI was taking the lead on. Andrew Estep, CAE, a principal with ERGA Association Management Company, had spent months working with my staff on a joint Conference featuring both of our clients, and now I was scheduled to work alongside him at the Conference.

I admit to feeling a little awkward when I saw Andrew there. I don’t really know the ground rules of how to interact with a competitor. Of course you want to be friendly, appear self-confident, act intelligent, be relaxed and make sure your pants are pressed as well as his. But the awkwardness kept me at a distance at first. This was because Andrew, who has more years of experience than me, had competed with SBI for the same client – and Andrew got the contract. I still carried a chip on my shoulder from that, and a little resentment. But if I were truly honest at the time, I knew he deserved the contract. And so along with the resentment was some grudging admiration that the client was still with him and that he had weathered the storms of the recession and the climbs in the economy since then.

At the Conference, I worried about his opinion and hoped that my staff was setting a great example – perhaps he might be a little envious of the bright, talented people in our company. Andrew and I chatted a bit, and the next day at the event he asked me to coffee.

I was totally wrong in feeling insecure about interacting with Andrew. He was a bit shy maybe, but very gracious and engaging.  How great it was to talk to someone who had my job and could relate to my challenges. We were at the 30,000-foot level together. During that coffee I became comfortable with Andrew, and except for the fact that we were competitors, considered him a long lost friend.

I realized then that his complimentary words about my staff were sincere; his insights were much like mine. Why, he even had the same values I did about what good customer service looks like. And he understood things about my customer that I had failed to see. I grew more and more relaxed. Is Andrew my competitor or is he my friend? Maybe I actually need Andrew to make me better.

So now I was seeing how his insight was really of value to me.

Andrew followed up again some time later asking for a lunch date to meet his business partner. What they really were interested in was a merger. Andrew confessed that he had actually interviewed some of my staff during that Conference, and that he understood his strengths and saw mine as complementary. And he was smart enough to see how if we joined forces, we could strengthen each other’s clients and the profession.

Now Andrew has an office next to mine. He is so steady, so able. I sit in a room, and I see him get what I am saying right away. And when there are differences, he brings insight into assumptions I was working under. I now listen closely when Andrew speaks.  He is right there – part of what makes SBI good. 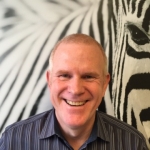 We often see similar struggles with our clients handling the same delicate politics of partnering with a competitor association or organization in the same industry. And it’s a challenge for us to provide the right advice, because as human beings, it’s difficult to see our competition as friends. Should they partner with a certain organization to cross-promote an event three weeks after theirs, or will it cannibalize their attendance? Should they think about merging, even? I now know it’s at least worth a coffee date to find out how your goals align, how you might become better partners, and grow your profession together.

Our team does it all, and does it well! All under one roof.